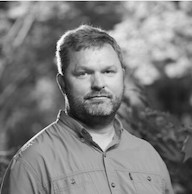 The son of a zookeeper, Matt has been working in conservation and the environment his entire life. His career has taken him to Europe, Southeast Asia, and across the Americas from Canada to Chile. Matt’s accomplishments include creating more than 1.5 million acres of new protected areas, improving the knowledge and livelihoods of more than 700 community guides, strengthening the capacity of non-profit organizations across Latin America and the Caribbean, and establishing market-based approaches to conservation—including in the areas of regenerative agriculture and coastal resilience. Matt comes to Perfect Earth Project from the National Audubon Society where he spent 16 years building Audubon’s strategies and programs to support migratory bird conservation across the Americas.

Along with his wife and two children, Matt is based in the Washington, D.C., Metro area. He holds a Bachelor of Science degree in Biological Sciences from King’s College, University of London. 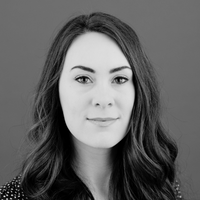 Whitney Beaman fell in love with soil, birds, bees, and native plants while working harvest in the New York wine industry. Vineyard work inspired her to combine her B.S. in Viticulture and Enology from Cornell University and M.S. in Sustainability Management from Columbia University to pursue a career in environmentalism as the Program Manager of Long Island Sustainable Winegrowing, the first environmental certification for East Coast wine. She later expanded her audience to include farmers of all kinds as the Organic Transition Educator for the Northeast Organic Farming Association of New York (NOFA-NY) where she launched a flagship Organic Transition Program aimed at removing barriers to organic certification and supporting farmers as they adopt organic practices. Most recently, she returned to the wine industry as the Sustainability Program Manager of the New York Wine & Grape Foundation where she launched and directed a statewide grower education and vineyard certification program. She is excited to grow her audience for nature-based land care and climate smart growing practices once again as the Managing Director, Education for the Perfect Earth Project.